In October 2018, Apples and Snakes took over Battersea Arts Centre, bringing together an incredible group of established and emerging artists for Rallying Cry, an immersive spoken word show directed by Rob Watt. We’re extremely grateful to theErnest Hecht Charitable Foundation for supporting the project and enabling us to present the Ernest Hecht Award for Most Changed. Hansika Jethnani, the recipient of the award, reflects on the project and how it helped her grow as an artist…

Rallying Cry was a phenomenal experience to be part of, taking over the Battersea Arts Centre – a gem of a building webbed by rooms that spoke for itself, for three days straight, hosting six shows. It was a platform often not given to poetry and it was beautifully executed thanks to our Director, Rob Watt and the rest of the production team.

It was an incredible experience, working with a whole range of people, bringing together poets, musicians, singers and an audience that was as much part of the show as the makers. I loved every minute of it and I was and still am really grateful for the opportunity, and I was really touched to have won the Most Changed award.

I remember when I got the email letting me know I had been selected to be part of Rallying Cry. I was extremely surprised because I thought I wrote a very less-than-average application, and sat with doubt for a long time with my words when I filled in the application form. I had never been part of theatre, well except for doing small roles like being the Fairy Godmother in primary school plays based on Disney movies. So, I had no idea what to expect and whether I would be able to execute what was expected, but I knew I was very excited to immerse myself into this unknown territory and learn. 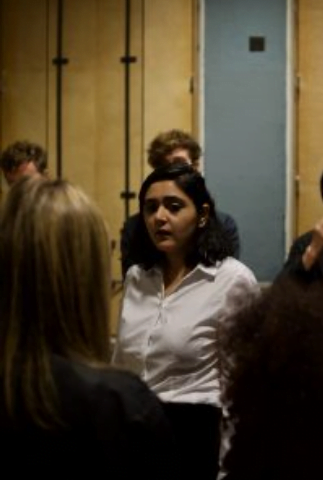 At the first production meeting – where all the emerging and established artists, our Director, all of the Apples and Snakes team involved, as well as the Production Team met each other – I remember leaving feeling a bit overwhelmed in an am-I-a-good-enough-artist-to-be-part-of-this way. I’d only very recently started sharing my writing. I’ve written since a young age, but it had only been about seven months since I started sharing my poetry online and writing more regularly, and just a few weeks since I had done my first ever performance. So, I felt like I didn’t have enough experience to be sitting there involved in this. Plus, I got really nervous about the idea of performing and was just beginning to get myself to open mic nights, and I had never even written a poem that was longer than 2-3 minutes before.

‘I knew I wanted to challenge myself, get out of my comfort zone and really begin to perform poems I thought were just meant for a page’

I had to just shove my self-doubt away though and embrace what was ahead because I knew I wanted to challenge myself, get out of my comfort zone and really begin to perform poems I thought were just meant for a page. That is why I applied in the first place. Also, I was very excited to begin the writing sessions with Zena Edwards, having just completed The Writing Room with Zena earlier in the year.

To me, the sessions were a space to learn from one another, talk about everything from The Permaculture Design Principles to incidents in our daily lives and share our work with one another. I think the conversations we had and exercises we did really created the space for us to write and rehearse. It was a space to grow together and a space I grew incredibly fond of. 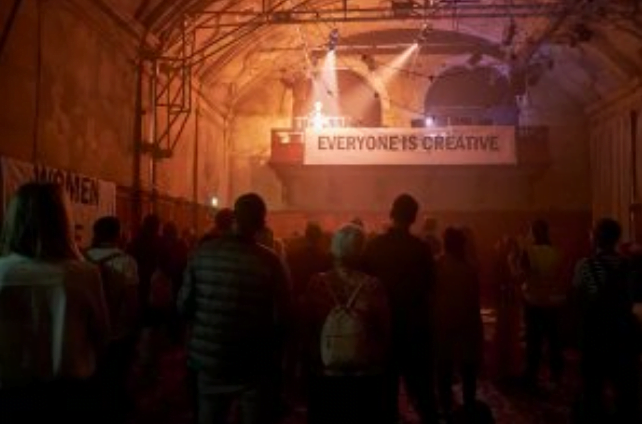 When I read my piece out for the first time, I was very nervous, and as time went on, the nervousness slowly faded but it was very much still alive and there until the very first night of the show. I ended up challenging myself in a way I didn’t think I would. I wrote a piece in my voice and another (a border guard), so changing the tone of my voice while performing was something that was completely new to me, on top of just putting an act on in general, and also just performing in general…

By the end of the show, however, I felt really confident in my ability to perform the piece in a way I had never felt before about my poetry. Through the supportive environment, and space to experiment and challenge ourselves I really pushed some personal boundaries I was not expecting to. 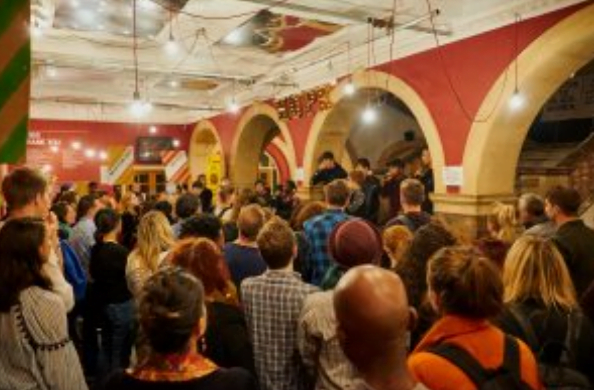 I learned to push myself and execute my work in a way I didn’t know I was capable of doing. It has made me want to create more work like this, experiment with theatre and really push the boundaries of spoken word.

I am excited for the future, and incredibly grateful for the last few months and all that I have learned. I will always carry it with me.