My earliest memory of creation happened when I was 4/5 years old in Nigeria. I stuck four A4 sheets of paper together, planned an entire city and showed my father. He was so impressed, he gasped. Breath left his body. I caused a genuine physical reaction and he looked at me anew. I started drawing and painting voraciously after that, attempting to pin down the world as I saw it, garnering a schoolboy fame and notoriety in drawing graphic novels about my teachers and seniors in school. 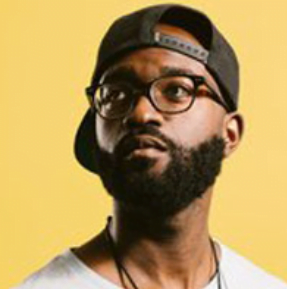 We moved to England where I gave my young self even more to visual art. I pursued this in Ireland where we moved to for three years and never stopped to consider what I was doing or why, I just did. I returned to London in 2002, an 18-year-old man, where the toll of migration exploded. I was culturally and spiritually lost, I had little money, could no longer afford visual art materials and so I turned to writing.

My first poems were outpourings, were howls, were confused, belligerent batterings

My first poems were outpourings, were howls, were confused, belligerent batterings against all I thought afflicted me at the time. I wrote largely in free verse, in scattered manic rhyme which my first publisher saw and helped edit into coherence. The journey since that first pamphlet has been of understanding the angers that move me, turning them into weapons, forming and stewing those impulses into art.

Any seasoned poet will concur that more time is spent editing than writing. Involved in that process is the going-over of memories and instances, of emotions and images, the combing-through and the filing-down-to-their-smoothest-most-ergonomic-shapes our creations. It involves meditation, introspection and inspection. This for me is where poetry becomes therapeutic, when the created serves the creator, when the feather serves the bird. Alain de Botton and John Armstrong, in Art as Therapy, settled on seven psychological functions of art. They include Remembering, Hope, Sorrow, Rebalancing, Self-understanding, Growth and Appreciation — all of which I continue to experience when I create, but the primary function of art, according to Tolstoy, is to provide a bridge of empathy.

When we step into the shoes of those we empathise with, and see ourselves in them, we realise how universal experiences are.

Empathy is the intellectual identification of the feelings, thoughts and attitudes of another. When we step into the shoes of those we empathise with, and see ourselves in them, we realise how universal experiences are. In that is a path to humility and greater capacities to understand. We also take from those we empathise with, survival stories that strengthen and broaden our own survival techniques.

This was the journey I travelled in #Afterhours. I wrote about momentous things that happened from my birth to my 18th year, by taking and narratively, culturally and historically translating and transposing poems by British and Irish poets. To do so, I needed to deconstruct the poems and the impulses of the poets. I needed to wear their writings like second skins, to see how they dealt with issues I dealt with, how they structured and sharpened their thoughts into the ephemeral weapons poems are, and to use their teachings as therapy… to deconstruct and articulate how I survived, and to write it down.

I hope for readers, their journey through my book might inspire some self-reflection, clarity and invite the therapeutic nuances of art into their lives.