Lessons Learnt with the Young Makers

Writer, performer, and facilitator Kenny Baraka looks back on our recent project with Young Makers’ Agency in Downham, Lewisham. Throughout this year-long project, Funded by Phoenix Housing, Kenny helped develop a group of aspiring lyricists and MCs.

While doing the quarterly “spring” cleaning of my laptop (you know: sifting through all the files, deleting the old miscellaneous, no-longer-of-any-use files – to make room for new miscellaneous, soon-to-be-of-no-use files), I came across a number of pictures from my time with YMA…

Child protection laws being what they are (and rightly so) most of the pictures are not of the kids but of things, objects, that struck me as meaningful at the time. In looking back on these innocuous photos of inanimate objects, I was reminded of the meaningful lessons I learned:

It’s one thing to know and do something for yourself. A controlled and known subject. Yet a whole other kettle of fish to know it for and with someone else. The myriad variables at play with a test subject allow for too many unknowns to have “control” of anything. Thus, the first lesson I learned I’d already believed, but in seeing it play out with the YMA crew, we proved it to be an undeniable truth:

You don’t need millions – or even thousands – of pounds of equipment to put together a decent recording and mixing studio.

With a few hundred pounds (at most), we got a decent sound card, some headphones, Logic, a midi-keyboard, a few other bits and bobs, and a decent mic; for as it’s been said ‘if you get a decent mic’, whatever you record into it can later be taken to a better equipped studio, engineered and mixed to industry standard. But without a decent mic, that simply cannot happen.

And with that, we were able to record some quality tracks and later take them to The Lab studios and have them done to a high standard. 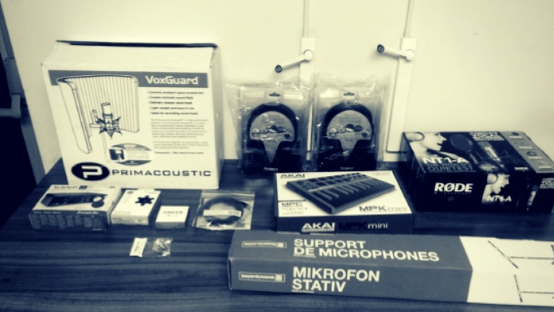 It’s difficult working with young MCs these days. They all write these blooming grime-drill-trap bars: ‘shank man/balli’ down f&*@ ‘opp/2-man up pedz’/bun/‘trol b!$£$/shot this/skeng that n%^^&…’ Not only are they explicit laden, but they lack imagination and perpetuate atrocities in the ends. As a writing/lyrics/bars tutor, it’s understandable – and even only natural – to simply tell them NOT to write such nonsense… to keep it clean… to write about “positive” stuff. But, in reality, there is no quicker way to be written off by them. If anything, that kind of prohibitive policing will only increase the number and strengthen the ugliness of those bars.

Instead of telling them what NOT to write, we should model and instruct them what they can and should write – in order to make money in the industry. Highlight the fact that the best, (ie- most well-known) MCs all adhere to some basic, professional rules of writing bars: writing to topic; relating a cohesive ‘narrative’; having a beginning, a middle and an end; varying flow and rhyme scheme; and using widely known language and references (rather than just the ones their eight mates know). When they know their favourite rappers write – consciously at first, but instinctually after years of practice – to those guidelines, then they do too.

Focusing on improving a young person’s writing rather than censuring it, yields greater rewards and longer lasting change.

When given a science – a standard to go by – they not only want to be like their rap idols, they want to better. Sound better. Write better. And, unbeknownst to them, when they start measuring their work to this yardstick, they stop simply writing bars and begin crafting true poetry to music. 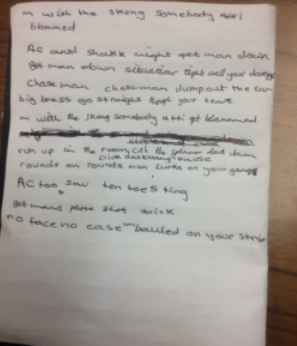 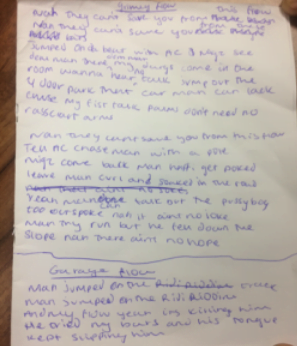 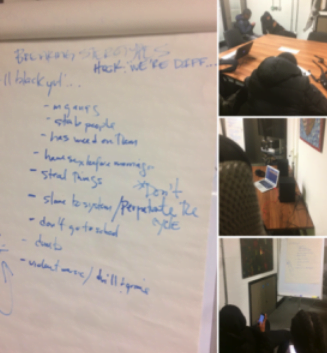 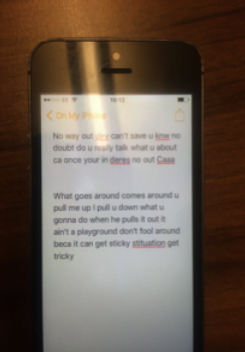 Lesson #3 – Underestimate at your peril

Who would’ve thunk it: from the humblest beginnings in a community housing space to,18 months later, opening up for the Spice Girls. 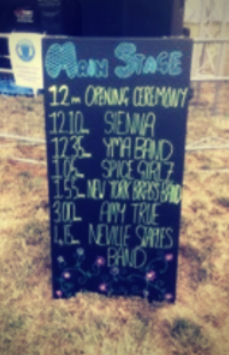 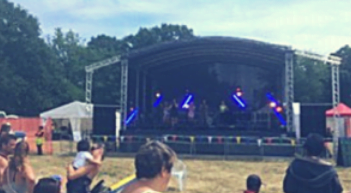 Ok, The Spice Girlz. But still. When we first started, they were a rag-tag assortment of disparate individuals with little practical skill and even less experience. They were brought together by nothing more than a mutual love for music. But after almost two years of giving and taking, then receiving the rewards of sacrifice… of listening, then refusing to listen, then learning they had to in order to evolve… of trying and failing, then trying again until they succeeded… of growing close and falling out, then reconciling again… they finally came together as a family (a highly dysfunctional family, but a family nonetheless). They had evolved into a cohesive super group . Capable of producing quality tracks and giving stellar studio and live performances.

Never underestimate the youngers’ ability to achieve the impossible.

If you had told me at the start of the project they’d change so much, mature so much, achieve so much… I would’ve said you were being highly optimistic. But the thing I’ve learned more than anything in teaching and working with youngers is that: when it comes to realising the impossible, optimism is the new pragmatic.