‘I don’t ever want to read [on stage] It’s such a vulgar thing to do.’ – Joolz Denby 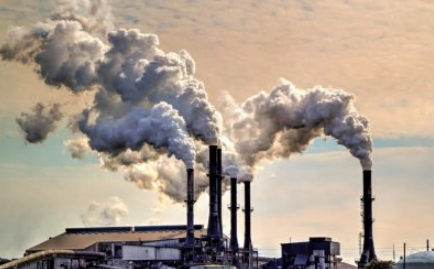 Despite what some people would have you believe, the history of poetry is an oral one, with a tradition going back to the Middle Ages. Yet we still hear stories like this one from Joolz Denby(in her interview for the Spoken Word Archive), about a page poet insulted by the notion of reading his work on stage. So why was it that spoken word was still seen as secondary and opposed to the establishment of ‘traditional’ print poetry?

The difference between the page poetry and spoken word scenes in the eighties is noted by poet, Ian McMillan in his interview for the SWA:

‘What I remember most is the audiences were so accepting of different kinds of things […] before when you read poems at a poetry event, you’d get fellow poets, you’d get people who went to poetry workshops but this felt new.’ – Ian McMillan

At the time McMillan is talking about – and indeed, now – print poetry could feel like a closed system, with the majority of the audience (both in terms of buying publications and attending readings) themselves being poets who moved in those same circles. It functioned more like academia than creative production.

Spoken word and performance poetry, on the other hand, came to people where they already were. John Cooper Clarke performing between songs at a Joy Division gig, Joolz Denby reading in your local pub and Attila the Stockbroker and Seething Wells ranting in punk clubs. Poetry felt like it was touching pop culture rather than holding itself above it.

Perhaps that was the problem.

This is the same criticism that comes to anything that appeals to wider audiences – it’s designed to appeal to them, it doesn’t challenge anyone. Yet it’s hard to see how Joolz getting glass thrown at her during gigs indicates that the audience were becoming docile. Ranting poets seemed to do nothing but challenge: the Thatcher government, the right wing press and, actually, popular culture itself. They were voicing their concerns in their own language, their own rhythms, and audiences were (sometimes) listening.

Joolz, who has performed, published and recorded her work on a multitude of platforms told the SWA ‘there wasn’t anywhere I wouldn’t do it […] my aim was always to bring poetry to people who wouldn’t think that they’d like it until they heard it.’ She goes on to say her poetry is about people’s stories, especially those who ‘suffered, or who were pariahs in society’, the ones who live among us but are rarely talked about.

Spoken word artists weren’t just challenging ideas of who could write poetry but who it could be for and what it could be about. They were talking about their lives and the lives of people around them and saying, as Joolz says: ‘this is really happening, this is real’.

These were working class poets riding the wave of punk counterculture thriving on kicking back against a Conservative government, even as the mainstream did its best to demonise and silence them. When a page poet says, then, that reading poetry aloud is ‘a vulgar thing to do’, we can understand what he means.

There is something vulgar about poetry given a voice, a loud voice maybe even with a (shock horror) regional accent. There’s something offensive about how it refused to stay still on a page, or go through the filters of publishing houses and editors before being heard. It’s obscene how it was performed in public spaces to people who might not have touched poetry since school.