If one of the main objectives of reading and writing poetry is to evoke emotion, then it’s no surprise that it would find a natural bedfellow in music. From bards of old to today’s most popular rappers, the intersections between music and poetry can be seen throughout history. 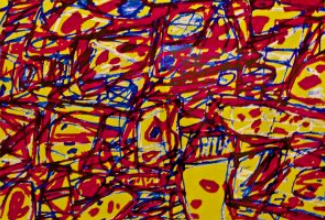 For performance poetry, this is particularly significant. We know that much of what we have of poetic works from centuries past was performed and listened to more than it was written and read. The alliterative verse of popular medieval fiction, for example, is clearly intended to be appreciated out loud rather than from a page. The Celtic figure of the bard was an expert in telling stories, writing verse and composing music – these activities were all considered to be part of the same art, performing the same social and cultural function.

Globally, we have such examples as the West African oral traditions of sung poetry, the lyricism of Arab poetry and the inseparably intertwined history of music and poetry in China. Suffice to say that it is easy to see how we can connect these two disciplines in work from the past, but what about more modern movements? Have poetry and music been evolving separately since we became more centred on the written word in poetry?

Actually, it’s more complicated than that. Some of the most exciting and innovative movements in poetry have been closely connected with musical movements too. Consider The Harlem Renaissance, which saw black communities in the 1920s producing poetry that was often inspired or accompanied by the music of the time. Langston Hughes’ poetry was admired by many as it incorporated the rhythms and language of jazz, as well as its more improvisatory ethos. Anyone who looks through the Spoken Word Archive to see events hosted during the 90s will note that this love of jazz continued on in the hearts of poets long after it exploded onto the scene decades previously.

The style of performance poetry we’re most familiar with can quite easily be traced back to The Last Poets, who are also often called ‘the grandfathers of hip-hop’. Their rhythmic delivery and the use of percussive instruments as accompaniment was something that laid the groundwork for many different branches of the art form, from slam poetry to modern rap. They too remain popular, and have been programmed in the UK by Apples and Snakes in recent years at the Southbank Centre, Edinburgh Book Festival, The British Library and Ronnie Scott’s.

In the UK, one of the most pivotal factors in the popularisation of performance poetry was the rise of punk. John Cooper Clarke, one of the UK’s most famous living poets, gained traction by working with musicians, both in live performances and in releasing albums and recordings of his work. For a brief moment, the poet was rock star, in function as well as in looks.

Caribbean poets like Jean Binta Breeze, Grace Nichols and John Agard often bring a musical aspect to their poetry, performing with an intonation that seems to have reggae rhythms built into it. Linton Kwesi Johnson and Benjamin Zephaniah are among those to have released albums that featured dub beats along with their own readings. Now we have poets like Kate Tempest, who cites hip-hop as one of her main influences and has recently released two albums, both nominated for the Mercury Prize, and TrueMendous, a poet and rapper whose lyrical talent and delivery is as breath-taking in acapella live performances as it is in her music videos.

And what about the other side of the border? We know what poets can be musicians, but does it follow that all musicians are poets, too?

In an April interview on Radio 5 Live, poet Ben Okri talked about Bob Marley’s Redemption Song as one of his favourite works of poetry, in the same breath as more classic choices like Wilfred Owen. It’s a cliché at this point to mention Bob Dylan or Johnny Cash, but who has listened to their music without noting the poetic quality in their lyrics, in their delivery?

More recently we can think of The Fall’s Mark E. Smith, whose cryptic density of lyrics rivals even Shakespeare (who he said is underrated, by the way) and we’ve already talked about hip-hop, and its poetic roots. A rapper like Nicki Minaj, despite popular opinion, is a goldmine of complex wordplay and intertextual reference, and UK artists like Dizzee Rascal – while they are unlikely show up in any anthologies any time soon – are not to be underestimated in their grasp of poetic techniques.

Music and poetry influence each other in subtler ways too; William Blake’s poetry has often been analysed for the musical quality of its rhythm and rhyme patterns, for example. The way we receive music has equally been influenced by our training in interpreting poetry. What are the annotations of lyric analysis sites like Genius if not collaborative exercises in close reading?

Perhaps the greatest proof that poetry and music belong together is how lovers of one are so often lovers of the other and the constant stream of artists who traverse the borders between them with ease and grace. From when we are children, we are exposed to music and poetry simultaneously in the form of nursery rhymes, and that connection never quite fades.

When we talk about music and poetry as two distinct categories we do a disservice to all the fascinating ways they cross over and lose crucial aspects of the work created by those interactions. What do we miss if we ignore the sound and music of a poet’s reading? If we ignore language at play in the lyrics of songs?

I’ll leave you with a quote from the previously mentioned Ben Okri interview, which attempts to move us towards an answer to these questions and considerations:

‘Poetry is not just what’s written on the page in meters, poetry is also the heightened rhythmic speech of a people, of individuals to its people, rousing them, causing celebration, reminding them of the meaning of names, reminding them of the beauty of the hills, the landscape of the harvesting season. Poetry is not only part of language, it’s part of our rhythmic relationship to life […] real poetry is actually the rap of living’