In 2020, the SPINE Festival Artists in Residence programme featured animators, a writer, spoken word artists, a painter, a dancer, poets and visual artists in residency in five London boroughs. Two artists, each working in a different discipline, were paired together to lead unique creative workshops for children and young people. 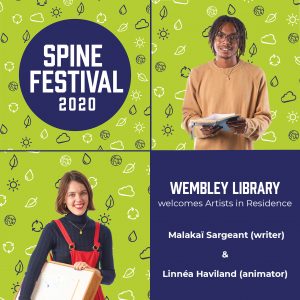 In Brent, Malakaï Sargeant and Linnéa Haviland will be working in Wembley Library. Malakaï is a poet and essayist. He has performed at events and festivals up and down the country, and commissions include the Royal Shakespeare Company and Nationwide Building Society. His writing has been published online and in print, and he is an alumnus of the Barbican Young Poets. Linnéa is a filmmaker, animator and visual artist who makes strong use of colour. Her work has been shown internationally at festivals and exhibitions including the Barbican, British Film Institute and Oberhausen Kurtsfilmtage. 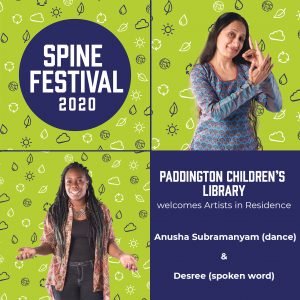 In Westminster, Desree and Anusha Subramanyam will be working in Paddington Children’s Library. Desree is a spoken word artist and writer. A runner up in 2018’s Hammer & Tongue national final and a TEDx speaker, she has featured at events around the UK and internationally including Glastonbury Festival, Royal Albert Hall and Bowery Poetry in New York.  Anusha is a dancer and choreographer. She is widely recognised as an exciting exponent of Bharatanatyam, working both inside and outside its traditions. She is an award winning teacher, and has experience of teaching people with a range of backgrounds and abilities. 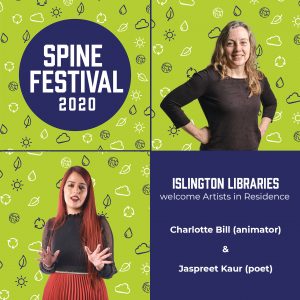 In Islington, Charlotte Bill and Jaspreet Kaur will be working in the Lewis Carroll and West Libraries. Charlotte is a filmmaker working with animation and music. She helped to create Clapham Film Unit, a collective of filmmakers based in South London working with local communities. She has run numerous projects for children and young people in schools and community centres, winning a Community arts Leader Award in 2006. Jaspreet is an award-winning spoken word artist who performs under the name of Behind the Netra. She is a TEDx speaker and an avid humanitarian, an ambassador for Binti International and Time for Change and a senior judge for the Queen’s Essay competition. 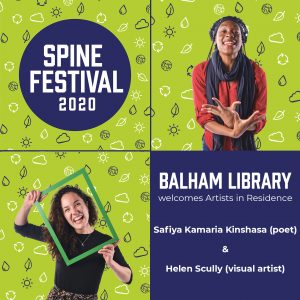 In Wandsworth, Safiya Kamaria Kinshasa and Helen Scully will be working in Balham libraries. Safiya is a poet and slam winner. In 2019 she became the Edinburgh Fringe Slam Champion, Hammer Tongue UK National Slam Champion and was a recipient of the BBC Words First Talent Search prize. She is know for her ability to captivate audiences with her poetry, storytelling, humour and movement. Helen specialises in sculpture and printmaking, and her work responds to the natural environment. She loves storytelling, and enjoys working with children and young people to create opportunities for imaginative play and collaboration. 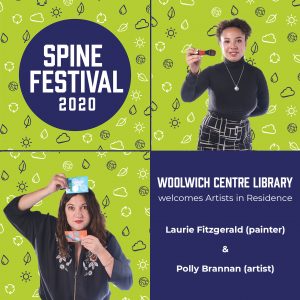 In Greenwich, Laurie Fitzgerald and Polly Brannan will be working in the Woolwich Centre Library. Laurie is a painter who celebrates Afrocentric ideas of beauty, and the natural world. Here experience of working as a facilitator for community development in the UK and Africa means that engaging with young people and communities is a large part of her practice. Polly is an award winning community artist producing public art and projects in community spaces. She is inspired by people led design and learning through play. She has worked with the Serpentine Gallery, Liverpool Biennial, Tate Modern and Frieze Art Fair amongst others.