Exploring wide-ranging themes from deafness and race to dementia, death and masculinity, The Perseverance (Penned in the Margins) is a book of loss, contested language and praise, where elegies for the poet’s father sit alongside meditations on the d/Deaf experience.  His poems range across history and continents, operating in spaces in between and creating new, hybrid territories, leading both The Guardian and The Sunday Times to name it as their Poetry Book of the Year 2018.

“These are courageous autobiographical poems of praise, difficulties, testimony and love’ – Malika Booker

Raymond will read from his work, followed by a Q&A and book signing. This performance will be BSL interpreted.

Raymond Antrobus was born in London, to an English mother and Jamaican father, he is the author of Shapes & Disfigurements, To Sweeten Bitter and The Perseverance. In 2018 he was awarded ‘The Geoffrey Dearmer Prize’, for his poem ‘Sound Machine’. He is the recipient of fellowships from Cave Canem, Complete Works 3 and Jerwood Compton. He is also one of the world’s first recipients of an MA in Spoken Word education from Goldsmiths University. Raymond is a founding member of Chill Pill and Keats House Poets Forum and is a board member at The Poetry School. His poems have been published in POETRY, Poetry Review, News Statesman, The Deaf Poets Society, as well as in anthologies from Bloodaxe, Peepal Tree Press and Nine Arches. Raymond has read and performed his poetry at festivals to universities and won numerous slams. His poetry has appeared on BBC 2, BBC Radio 4, The Big Issue and the Guardian. Sky Arts and Ideas Tap listed Raymond in the top 20 promising young artists in the UK.   The Jamaica Gleaner, The Guardian and at TedxEastEnd.

Presented by Apples and Snakes and Tate Enterprises. 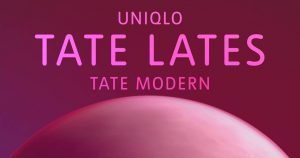