Join writer, musician and dub poet Roger Robinson as he reads from his latest poetry collection, A Portable Paradise.

Exploring diverse themes from family life to violence in London, memories of Trinidad to reflections on creativity, A Portable Paradise (Peepal Tree Press) explores the idea that earthly joy is often kept just beyond our reach, denied by racism, misogyny, physical cruelty, and by those with the class power to deny others their share of worldly goods and pleasures.

The poems within the collection express a fierce anger against injustice but also convey the irrepressible sense that Roger Robinson cannot help but love people for their humour, oddity and generosity of spirit.

‘These are finely crafted poems, but what first strikes the reader is Roger Robinson’s capacity to tell involving stories and capture the essence of a character in a few words. A Portable Paradise is a feast to be carried by lovers of poetry wherever they go…’

Roger will read from his work, followed by a Q & A and book signing.

Roger Robinson was born in Hackney, lived in Trinidad but spent most of his adult life in London where he became an unrelenting observer of life in Brixton. A leader of the new dub movement mixing poetry, rhythm and socially conscious themes, Roger is a founding member of King Midas Sound. He was chosen by Decibel as one of the 50 writers who have influenced the Black British writing canon. He was shortlisted for the OCM Bocas Poetry Prize and highly commended by the Forward Poetry Prize for his previous poetry collection Butterfly Hotel (2012). He is co-founder of both Spoke Lab and the international writing collective, Malika’s Kitchen.

This event is presented by Apples and Snakes and Tate Enterprises. 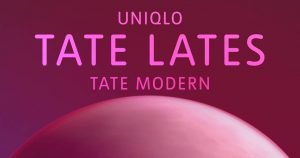