This is a Neurodivergent Poet…

I know a lot of other poets feel, as I did, that whenever they first encountered the world of poetry, they had found their tribe.

I had glimpsed my tribe before. I found them in the amateur drama groups I joined from being a teenager. They were in the green rooms of the stand-up comedy gigs where I dissected how the night had gone with the other open mic-ers, and later to other pro comics. But it wasn’t until I found the other quirky people who cared deeply about words and stories that I really felt I belonged. Other people like me that had a strange mixture of anxiety/fear/lack of confidence about communicating alongside a strong urge to express themselves to fellow wordsmiths and audiences.

We were not really mainstream sort of people. Maybe we’d get called odd, weird or quirky by others, but in the open mic nights above pubs, at the tents in festivals or drama studios in arts centres, we found somewhere we could connect with others and feel a sense of power and choice. A space we could truly express the word-passion and other interests we had. We would be accepted, heard and understood in ways that resonated deeply with our loneliest core and which healed the parts of ourselves that had always felt alone- isolated –  like we didn’t fit in.

I’ve been interested for a long time in how other people ‘process’ words, images and feelings at different speeds and in different ways. It seemed important to try to understand this about audiences or the children I worked with when I’d parachute into a school to run a performance poetry or comedy workshop. It became obvious that poetry could reach the parts that other art forms couldn’t reach for some kids, when a teacher would breathlessly say of one of their students “I’ve never seen them so interested in something before – they were like a different person!”.

I could see that some performers played a lot with the sounds of words and created textured pieces which pulled on an audience’s emotions. Others loved puns and clear narratives or quiet, still pieces that drew others in. I thought how this was probably a lot to do with how they processed the world. My quick, impatient brain meant I made poems buzzing along with words and ideas which seemed to wake some people up and excite them. Meanwhile, they were just ‘too much’ or too irritating for others. I learned not to take this too personally.

Working people out in this way was also important in my personal life. I would puzzle over how some people were so quick and adept at picking up body language and nonverbal cues. I’d be the one watching a film asking “how did they both know they wanted to kiss each other at that exact moment!”. This may have explained my very unsatisfying dates of course… I noticed that whereas I could read a page of a book hyper-quickly and have finished it by the time someone else was on the first paragraph, it always took me a while to work out what the pictures on toilet doors meant. Did they mean anything other than the standard male and female outlines? I could feel my brain working slower than other people’s when it came to the visual. I began to realise that not everyone would enter a room full of people and experience an overwhelming cacophony of visual, auditory and other sensory stimuli, all coming in at once. For me, this meant needing to step back or get into a quieter space in order to make sense of it all and filter what was happening.

But I also knew that most people weren’t trying to work out how different people processed the world. They were categorising people by whether they were introverts or extroverts, happy or sad, anxious or easy-going simply by whether they liked or felt comfortable with them or not. Most people, I think it’s fair to say, expect that other folk experience the day to day world in pretty much the same way as they do.

Finding a word for these differences has felt like a massive relief. In 2017 I found quite a specific word for some of the ways I think and experience the world differently to the majority (autism) and it’s been very useful and would be a whole other blog post. Another word that I suspect applies is ADHD  which explains all those quick, buzzing poems. (And, I’m currently loving the new word for the many of us who have characteristics of both – AutDHD).

But the one that resonates most for me when it comes to describing how different people’s brains experience the world differently – and which I think is a particularly useful word to know when thinking about why the world of live poetry is so hospitable and accepting to many of us who haven’t fitted in elsewhere – is neurodiversity. This comes from the idea of biodiversity.  Just as nature benefits from as great a variety of flora and fauna as possible, so humanity benefits from as great a diversity of brains as possible. We need the big picture thinkers and the small details people, we need the abstract dreamers, the concrete ponderers and those who combine the two. We need people who get obsessed by words and will spend hours finding just the right one for something, and those who would much rather be wrestling a woolly mammoth and can spot the “Where’s Wally” in a millisecond.

Neurodiversity can just be an umbrella term for conditions such as Autism, ADHD, OCD, Tourettes, dyslexia and acquired states like PTSD, depression, anxiety and dementia. But it can also be an activist movement (see here for an interview with Nick Walker who came up with this idea) . A liberatory one that recognises the creative potential in those of us who see and feel and speak (or not) the world differently. I would argue that live poetry has always provided a radical space of neurodivergence and I am proud to be part of a wave of people who are now making that explicit. 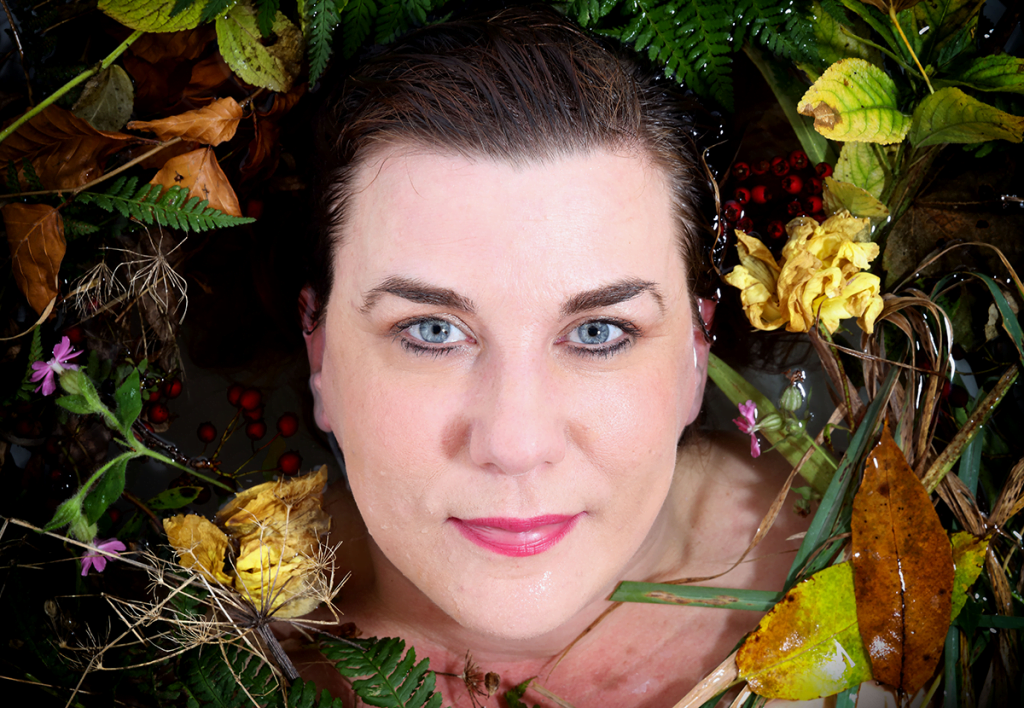 Back to Behind the Words Project Page.